It’s hard to overstate climate change’s impact on global food production; unfortunately, the issues are compounding.   The food system is hyper-complex and relies on interdependent systems, nearly all susceptible to climate change. Food supply was already under threat from decades of unsustainable farming and fishing practices, population growth, the maldistribution of food, weather, war, biodiversity …

HOW MUCH Climate Change Will Hurt Your Finances – Part 2: Food Read More » The food system is hyper-complex and relies on interdependent systems, nearly all susceptible to climate change.

As global economies mature, demand for meat has grown exponentially. Calorie for calorie, meats require the most CO2, land, water, and energy to produce and ship around the world, accounting for nearly 60% of all food-related greenhouse gasses.

Wasted product - according to the USDA, 30-40% of the food supply in the US. is wasted!

Food waste stems from many factors;  spoilage at every stage of the supply chain, transportation, and other technological failures, restaurant waste, good food going to waste from the "beautiful food problem" (as I like to call it,) where food with no nutritional problem is tossed for supposed cosmetic deficiencies. Waste also originates from overconsumption. The obesity epidemic is now a global phenomenon hurting the food supply and the people suffering from it. There is over purchasing at every level of the supply chain (half-full store shelves and refrigerators seem culturally intolerable.) And other consumer behaviors such as stockpiling and throwing out food before it spoils aren't helping.

The issues above were already putting strain on the food supply sans climate change, and once we add in the factors from climate change, the outlook is potentially dire.

What precisely does climate change have to do with food?

The answer is simple; extreme weather, rising temperatures, shifting atmospheric patterns, and high levels of CO2  driven by climate change make farming harder and cause ocean acidification which accelerates fisheries decline and challenges the supply chain at every level.

Many of us know that we must eat a diverse diet of fruits, vegetables, lean sustainable meats or meat alternatives, and whole grains to eat healthfully and sustainably.

But the diversity of products heading to our stores is deeply under threat from Climate Change.

Climate change may make the variety of foodstuffs we’ve come to expect either impossible or incredibly expensive.

Unfortunately, many food-producing regions are most susceptible to Climate Change, further exacerbating the threat.

Ironically, the mere consumption of particular high-impact food products is a principal driver of carbon and water issues. The carbon and water costs of some foods like meat (specifically beef and lamb,) cheese,  almonds, and coffee can be enormous, and demand is growing. These accelerating feedback loops are common throughout climate change issues: where the systems themselves are accelerating their demise. The Ice-albedo-effect is a prime example.

But the biggest issue with food prices is the weather!

Prices and supply are particularly susceptible to extreme weather events, which can decimate entire harvests. Starting from the bottom of the stack, the vast agricultural centers are at the mercy of the weather and are particularly at risk from drought, heat waves, stronger storms, and flooding. Farmers depend on predictable weather patterns, and climate change has the opposite effect.

Climate science tells us that weather patterns are getting more extreme and less predictable.

The retention of heat energy in the atmosphere is changing what were once predictable weather patterns at unprecedented speed. What has happened over 10s of millennia through earth's history is now happening over mere decades!

Weather is only part of the problem, as supply chain and demand shifts rapidly with other climate-related inputs.

Land use pressures as some regions become unfarmable are displacing farmers across the globe.

While ironically, new regions are opening up to farming as climate change expands farmable areas in the north and can even increase crop yields in some situations.

There is an enormous concern among specialists that ocean acidification and algal blooms combined with over-fishing are accelerating already collapsing fisheries (a terrifying subject in and of itself). In addition, fishery issues due to plastic and other pollutions, hydropower dams preventing spawning for salmon and other species, and coral and other foundational species decline are all contributing to an ocean under threat and, therefore, food supply.

And war, which is made more likely under climate change, as we’ve watched unfold in Ukraine and now looming between China and Taiwan, can disrupt global food chains in unexpected and severe ways.

Other environmental risks include waning biodiversity, collapsing pollinator populations (from climate change and agricultural chemicals), and water access due to water table depletion.

Soils issues are mounting from depletive farming practices (only 52 years left of farming if we don't make a change), changing wind and animal migration patterns (which help to replenish the soil and spread seeds and pollen), and fertilizer prices, used to artificially replenish the soil, are skyrocketing.

That's obviously a lot to take in, so let's tie it all back to our central premise.

American families spend 7-27% of their household budget on food.

Because food cost is a large portion of many families' budgets, increases in this category can quickly impact solvency for families at the margin.

Food prices have been up 70% since 2020, and while much of this spike is due to the pandemic, most estimates say that food costs will continue to rise from climate and other factors.

As with any global-scale problem, sussing out the personal costs is challenging.

For some background, according to the USDA, we've seen the cost of food rise an average of 2.4% per year over the last 20 years. And according to U.S. News, the average U.S. household spends $411 per month on groceries.

Climate change could easily double or triple those inflationary pressures, so if left unchecked, we could expect food costs to rise 5-7% per year over the next 20 years.

This is an estimate, but food cost is rising, and climate change is a clear multiplier.

According to the IPCC, here are the things that need to change on both sides of the equation.

“Supply-side: Emissions from agricultural soils, land-use change, land management, and crop and livestock practices can be reduced, and terrestrial carbon stocks can be increased by increased production efficiencies and carbon sequestration in soils and biomass, while emissions from energy use at all stages of the food system can be reduced through improvements in energy efficiency and fossil fuel substitution with carbon-free sources, including biomass.

Demand side: GHG emissions could be mitigated by changes in diet, reduction in food loss and waste, and changes in wood consumption for cooking.

This analysis by the IPCC is robust, but what does action look like for real people?

As a solar developer and for you as a solar investor, our role addresses “improvements in energy efficiency and fossil fuel substitution with carbon-free sources.”

At Shasta Power, we believe that supporting a rapid transition to solar and other renewable energy sources is vital to the fight for a sustainable future.

Your dollars go further toward this goal by investing in the Summit Power Fund, which in our view, leverages the most positive impact by supporting solar development directly.

Learn more about investing in the Summit Power Fund and ACT NOW!

If you want to read more about how climate change will impact your finances, This article is Part 2 of a 6 Part series;

HOW MUCH Climate Change Will Hurt Your Finances - Part 2: Food

Want even more information on this complex issue?

I’ve done my level best, but  I can hardly do justice to this subject, so I encourage you to read through this complete report from the IPCC (again, a wealth of information on all things climate). 1 thought on “HOW MUCH Climate Change Will Hurt Your Finances – Part 2: Food” 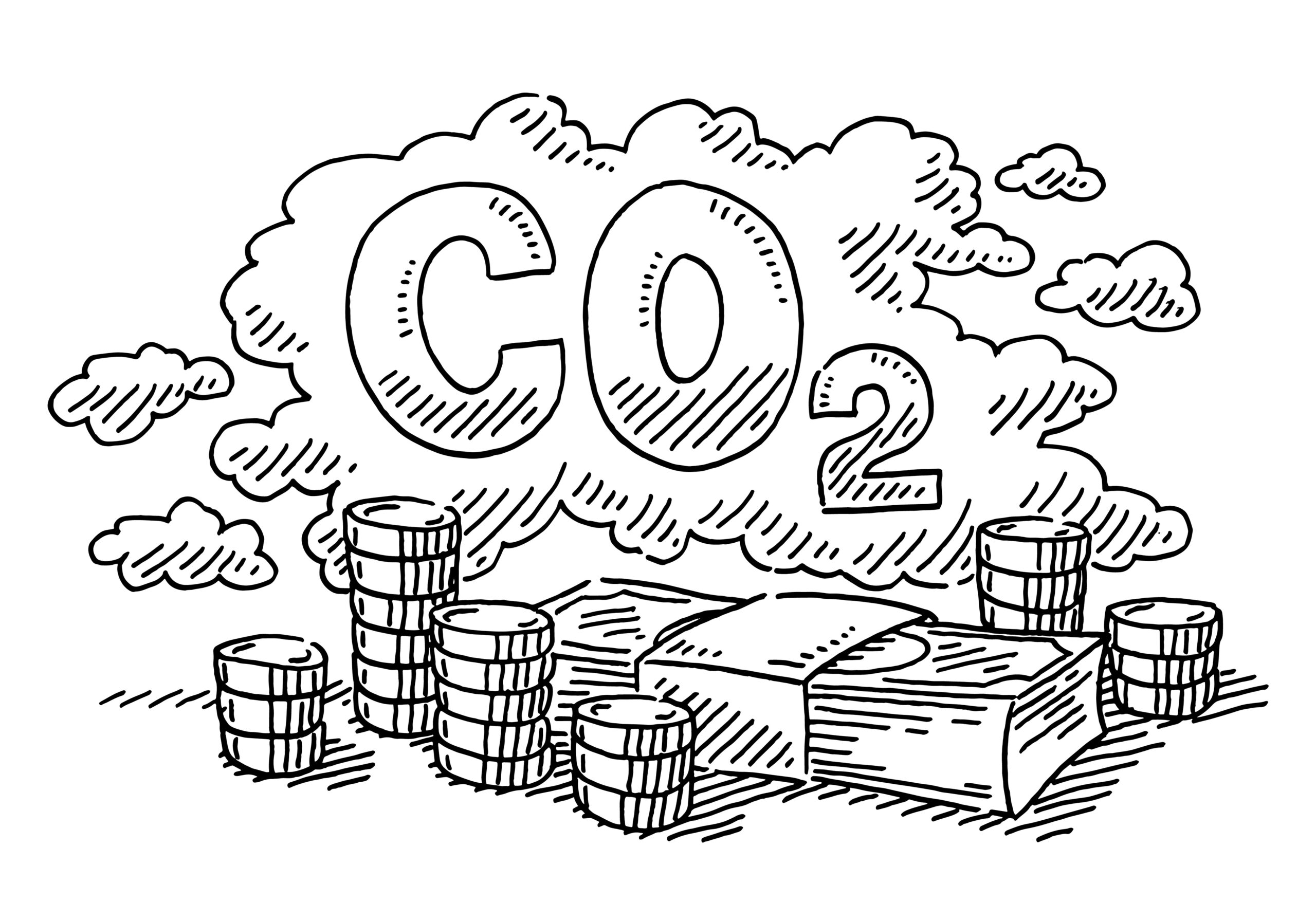